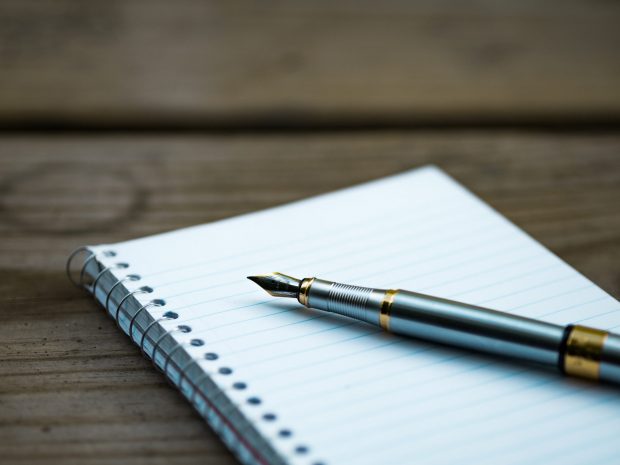 Ali Ghiasi is father to a Cochlear Implant (CI) recipient daughter. In this article, he expresses his views on some polarizing conversations that have been ongoing in the CI community regarding the CI recipients’ experiences. The discourse surrounding the CI and negative experiences of some CI users often seems focused on pitting the hearing and the deaf against each other. Ali argues that we should, instead, look at the experiences of CI users as indicative of a completely new identity forming in between the two worlds.

Recently I have come across articles written by CI users, who were among the first ever to receive CIs as children, or first-gen CI children if you may, about their negative experiences and their relations with the deaf community. Those articles quickly evoke rather intense reactions in some parents whose children were CI recipients themselves, albeit later when the technology and practices were more mature. These parents felt as though the CIs are being dismissed or the experiences of the first-gen CI children were marginal and not relevant to today’s conditions.
Wondering about the arguments I have heard; I have sat down time and again to write something just to delete it all and procrastinate. But I feel it is time to share my personal point of view.

Firstly, I have to mention I am absolutely and vehemently pro-CI. I think even a little hearing is better than none because this is after all a “hearing world”. But it sounds to me that the two sides of this discussion don’t understand each other’s point.

On one side there are the first-gen CI children, now adults in their mid-twenties, who say that their negative experiences with the CIs have been abundant, that they feel left out, that they feel a lot of pressure because of the expectations of a world that deems them “hearing”. All the while they feel distant from the hearing-impaired world as well because they can’t sign properly and regret not having learnt the sign language.

On the other side, parents of CI recipient children whose experiences have been mostly positive so far, respond by saying that “the technology and the rehabilitation protocols have come a long way”; or that “the negative experiences of the former group if not irrelevant, are extremely rare nowadays”; or that “The sign language is not really needed because my child is a verbal communicator”! Then, just to make the first-gen CI-children feel slightly less alienated, they are told “your experiences are valid” or “we don’t want to downplay your suffering“.

I feel as though the actual issue is not being seen through these arguments. The actual issue is not the advancing of sciences that have made the first-gen CI recipient children’s problems a little less noticeable. Nor it is the argument between sign language and spoken language. It is the fact that we are raising a new “class” of people who are neither deaf nor hearing. It is an IDENTITY CRISIS.

Unsurprisingly we, the parents of hard-of-hearing children who are mostly hearing, are often so delighted by the appearance of normalcy of our children that we tend to misunderstand, underestimate or even outright forget about the big picture. Even in the most successful cases, the CI recipients are not on par with unassisted-hearing persons.

Consider our example: TAYS tells us that in their area of responsibility our daughter, if not their best case, is at least in their top 5. They might be exaggerating a bit, but in reality, most people would not realize she is not unassisted-hearing if they don’t see her processors. However, even then I can see the differences as clear as day when it comes to hearing between my daughter and my son, who is natural-hearing.

Over the past two decades, many studies have been published suggesting that the CIs are close to resolving the “deafness problem”. But they do not present the whole issue. They mostly just focus on the clinical and immediate economic aspects. But the broader socio-economic issues have largely remained unexplored. Partly because the technology is relatively young and is not in widespread use between all age groups yet, and partly because the broader society wants a quick fix for all the problems that pertain to minorities. They would rather not to talk about life-long rehabilitation and mental health support, because they are costly. And CIs present a magical wand that does all in one swipe!

We should not lose sight of the whole picture. Our children might not exhibit/experience as severe upset feeling as some of those who are of the first-generation of CI recipients. But they all have their little upsets here and there that could eventually find their way into their unconscious mind and personality that would, in turn, feed into their insecurities and possibly even depression. Personally, I am worried for the future mental health of my daughter. She is a fighter and a strong-willed one at that, but I can see her down points whenever she feels different and not belonging.

On a personal level, I disagree with the statement that “deafness is not a disability that needs to be fixed, but rather a characteristic”; at the same time, I know that the belief has helped forming a community and a supportive culture that takes care of its members. It is no wonder when they so fiercely opposed the CIs. They think they are losing community members! In actuality, however, we have been creating a new community that is something in between; and that is what we have to support, advocate and defend. The negative/mixed experiences of CIs are on the worst side of the spectrum, yes, but nevertheless they are there: they are also part of this new community.

And don’t forget that these issues can creep on all our children at any time. We cannot assume that just because a child is doing fine now, he/she will be like that forever. Just imagine if the implants failed (after all they are electronic devices and might do so sooner or later) and the child had to go through the explanation and re-implantation surgery. There is a very real possibility that the child could come out of that with weaker hearing than before. The CI is not a magical, permanent fix.

To sum up my point: Don’t forget to support the right issue. This is not about CI versus deaf. This is not about sign versus spoken languages. This is about the new identity we have created; the people who are both hearing and deaf. We need to campaign for this identity, and support and embrace all of its different aspects, positive and negative alike.

A new identity entails new terminology. If we want to create campaigns that are better understood by general public, we need to invent new words that are properly descriptive of this new identity. Perhaps it is time for a word that is beyond the binary terms deaf or hearing.

You can read the Finnish translation of the text (“SI-identiteetti murroksessa”) through this link.